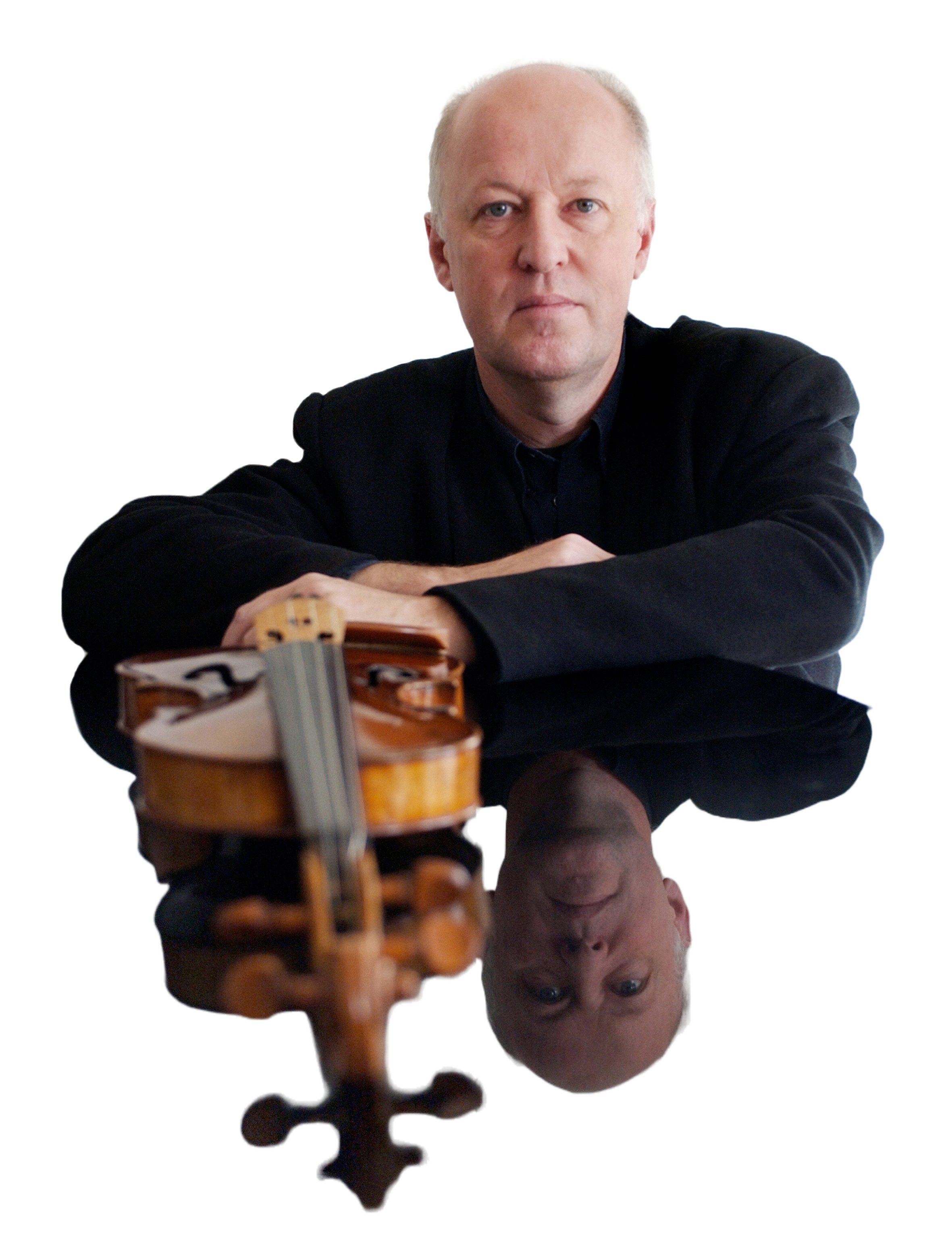 The Dutch violinist Karel Boeschoten personifies the nearly extinct species of the musical „all-rounder“. His teachers were the great „old school“ pedagogues Herman Krebbers (Amsterdam) and Igor Ozim (Cologne). He has performed in many leading orchestras, including the Concertgebouworkest Amsterdam, until in 1982 he moved to Switzerland to join the Camerata Bern (until 1994). In the year 2004 he was guest-concertmaster of the Orchestra Filarmonica della Scala di Milano.

With chamber music partners such as Ivry Gitlis, Andrea Kollé, Vladimir Mendelssohn, Robert Mann, Thomas Demenga and Joan Berkhemer he cultivates a tradition of spontaneous music making, which eventually led him into improvisation. Thus, he has traveled worldwide as a member of the European Chaos String Quintet and as teacher of improvisation techniques. An avid composer, Mr. Boeschoten has written several works for solo violin.

With his absolutely expressive playing and natural phrasing he is always pushing to expand musical boundaries. His openness toward many styles has made him in great demand for crossover projects. He has toured extensively as musical partner of flamenco dancer Nina Corti, as well as performing with Pierre Favre at the Lucerne Festival and Stephan Eicher at the Jazz Festival Montreux. His passion for Romanian folk music inspired him to found the „Ensemble Drum“ with the Romanian musician Marius Ungureanu in 1998.

Drum blends classics, Eastern European folk music, and improvisation in a virtuosic and soulful manner. Since 2002 he has been leading the ensemble „Kalandos“ reviving the genre of Hungarian folk and gypsy music.

His creative fantasy consistently leads to intense and surprising listening experiences. His stage presence paired with occasional zany moments makes him a sought-after performer. He has repeatedly been invited as special guest to the Davos and Boswil Festivals. In his festival „Seelscheider Tage der Musik“ he implemented his own original programming ideas until 2002. 2006-2016 he has been the artistic director of the festival „Rüttihubeliade“ in Switzerland.

In November 2005 he premiered an autobiographical program „The Well-Tempered Violin“ which looks back at his varied musical career.